Four dentists discuss their motivations, challenges, and rewards of treating patients who have obstructive sleep apnea.

Dental sleep medicine is now a viable career path for dentists looking to expand their professional horizons and help a growing number of patients who are experiencing sleep-related health problems.

But the bigger question is how? How can a dentist make the transition? What are some of the pitfalls to avoid? What are the unexpected rewards?

As the following four dental sleep medicine practitioners explain, there’s no single way to make the transition, just the one that works best for you, your practice, and your patients. 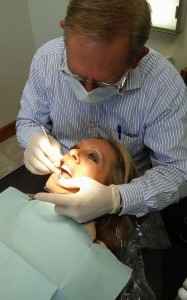 Don Johnson, DDS, has been providing dental sleep medicine services for about 10 years at his practice in Coeur d’Alene, Idaho, which includes the Northwest Snoring Center.

“The main reason I started doing sleep dentistry is because sleep apnea kills people,” Johnson says. “All you have to do is open the obituaries and you’ll see a young person who died of ‘natural causes.’ You don’t die of natural causes if you’re 39. More likely it was sleep apnea.”

And to that point, Johnson’s mission is clear: to save lives.

It’s a mission Johnson, who’s practiced general dentistry for 40 years, is quite passionate about. But his passion didn’t supersede preparation.

“You can’t do a weekend course and you’re qualified to practice sleep dentistry. It’s a huge investment in time and equipment,” says Johnson, who emphasizes that learning “everything that you can” about the temporomandibular joint (TMJ) and its disorders is essential.

Johnson not only continued his education formally, but he also found a mentor with whom he spends time with regularly to better comprehend facets such as billing and building a referrer network. “You really have to learn how to work with physicians,” he says. “And you have to get paid, including learning how to bill medically—and hire specialists to help you. If you don’t accept insurance, you’re losing a lot.”

Among other strategies, a way that Johnson built passion for dental sleep medicine among his staff was by having all of them tested for sleep apnea. Several of them were diagnosed with it and treated. Now they know firsthand the benefits of dental sleep medicine and can communicate that to the patients, adding to the practice’s credibility. “If your staff doesn’t buy into it, you’re dead in the water. And that buy-in is based on passion and not money,” he says.

Johnson—who is considering opening a second location—estimates that about half his patients have sleep apnea. “It isn’t like you have to search for patients,” he observes.

The time commitment and expense can be high, but Johnson points to the key benefit of making the transition: “For someone who cares about people and people’s health, sleep dentistry is very gratifying.” 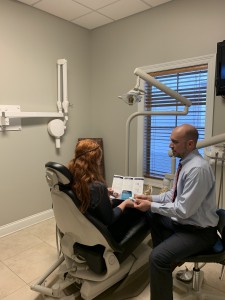 Pedro Cuartas, DDS, offers his patients. He credits his growing success with tapping into the network of primary care physicians in his area, helping them to understand the options available to patients with sleep apnea. Photo: Courtesy of Pedro Cuartas, DDS

The beginnings of the transition of Pedro Cuartas, DDS, to dental sleep medicine was partially driven by serendipity.

Cuartas, based in Houma, La, had some familiarity with sleep apnea, but it wasn’t until he was treating TMJ problems in a patient who also happened to be scheduled for sleep apnea surgery that Cuartas realized the impact a dentist could make.

The patient’s ear-nose-throat (ENT) physician had scheduled the patient for one more sleep study prior to the scheduled surgery, this study done after the TMJ treatment was complete. Surprisingly, the apnea was barely there, meaning the surgery was no longer needed—and the ENT credited this outcome, in part, to Cuartas’ TMJ treatment.

After that, the ENT occasionally began sending patients Cuartas’ way.

In practice since 2001, Cuartas pursued further training and, by 2011, got more involved in dental sleep medicine and began building a referrer network of general physicians in the area. “I had no intention to begin practicing sleep dentistry; it was out of sheer luck,” he says.

His interest has also become personal—Cuartas has been diagnosed with moderate sleep apnea.

At his practice, Cuartas devotes two days a week to treating sleep apnea and is planning to increase that to four days in the next year or so.

Cuartas’ referrer network has been built by working directly with local physicians, including providing education for physicians and their staffs about the options available to their patients. “So many physicians think there’s one option [CPAP]—we’re helping them to think outside the box,” he says.

If he had to give one piece of advice a general dentist who wants to transition, it is: Tap into your network of family physician friends.

“Talk to them about what they know about sleep medicine, how they screen for it, and how you can help them to perform sleep testing and get the results for the patients and them,” Cuartas says. “That would have been huge if I would have done that early on. Doing it now is really helping—it’s really changed everything for me.”

Insurance has been a challenge, Cuartas admits. He has solved the issues he was having getting paid by offering a fee-for-service model (including working out a payment plan with the patient), and then running it through the patient’s insurance. The patient is then reimbursed directly.

And while getting paid is critical for his business, Cuartas is a health care provider first. “The focus is health. If the treatment is going to help the patient’s life, let’s focus on that and not the price,” he says.

He also notes that reimbursement is something that each practice is going to have solve in a way that’s specific to their market. His solution may not work for every area.

He adds that for dentists that want to make the transition, they’ll need to adopt a different mindset. “Making a mouthpiece is not sleep dentistry,” he says.

If Cuartas could have changed just one thing about his transition to dental sleep medicine, it would have been this: “I would have gotten into it earlier.”

If there was any dentist prepared to make the transition to dental sleep medicine from the start of their career, it probably would be Alex Vaughn, DDS, MS.

After serving as a dentist in the US Army and being discharged in 2016, Vaughn, who has a specialty in orofacial pain, relocated to the Richmond, Va, area and began working at a pain and sleep clinic.

Unfortunately, the organization wasn’t quite the right fit for him. But fortuitously, Vaughn reconnected with another army physician friend, who specialized in sleep medicine, and the two of them set up Virginia Total Sleep in Glen Allen, Va.

Vaughn, who himself has been diagnosed with sleep apnea, says that his transition reflects his personal philosophy: “Do well, dive in, and fail really hard.”

The transition to dental sleep medicine resulted in a significant pay cut but greater satisfaction. “I’ve never had a day where I’m not happy to go to work—it’s much more rewarding,” he says.

But there have been some hurdles. Being located in the Richmond area means having a large base of Medicaid patients, which makes reimbursement more complicated than with private payer or self-pay demographics.

But Vaughn is motivated to overcome these challenges. “You’ve got to take insurance,” he says. “The first pillar of our practice is access to care, and this field needs to use patients’ insurance and find a way to make it work.”

One of the things that Vaughn and his partner have done is invest in a software solution that office staff can use for the administrative side of the business, including billing. “The administrative side has grown at an exponential rate,” he observes, noting that there is a significant need for help in practice management; that has led to dentists in particular relying on management companies that often charge a premium that cuts deeply into the bottom line. He cautions any new dental practice, whatever its makeup, against going with the first management company that comes along.

One unexpected surprise for Vaughn has been his physician referral base, which is made up mainly of small family practices.

And while he has market competition—including his former practice—he says it’s all indirect, since there is plenty of work to go around. There are three sleep medicine practices in the area, which Vaughn estimates are only providing about 5% of what is needed.

“The growth potential is there,” he says.

If there’s one piece of advice Vaughn could give to other dentists as they make the transition, it’d be: “Don’t fall into the trap that you must use the latest and greatest treatments—there’s a place for the tried and true.” 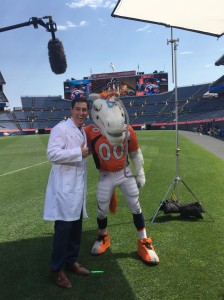 Ehtessabian smiles with Miles of the Denver Broncos, as Miles tries on a CPAP mask for size. Photo courtesy of Jason Ehtessabian, DDS

Jason Ehtessabian, DDS, DABDSM, DASBA, DACCSDD, FAGD, not only made a professional transition when he decided to focus on treating sleep apnea, but a geographic one as well, simultaneously moving his young family from Burlington, Colo, where he had been the only dentist for about eight years. As he made his move to Castle Rock, Colo, he found a young dentist to take over the practice.

“I began treating patients with dental appliances for snoring and sleep apnea in 2010 and found the effect of treatment to be truly life-changing for patients who either could not tolerate CPAP therapy or preferred an alternative treatment option,” he recalls.

To better treat his patients, Ehtessabian began taking continuing education classes—to the tune of hundreds of hours—and achieved three board certifications in the dental treatment of sleep apnea.

Ehtessabian relies primarily on referrals from sleep and primary care physicians. He notes that it’s important that he has a collaborative approach to treatment with these physicians. “I am a firm believer that the best results for the patient are achieved when working together with sleep physicians,” he says. “When dentists attempt to treat apnea patients alone, they most often fail. Collaboration with other medical professions has been paramount in achieving the best results for our patients.”

While Ehtessabian has had some success on the insurance front—he currently uses a third-party biller—he notes it’s been “tough.” “Financially, I was much better off practicing general dentistry,” he says. “In my experience, the dental treatment of sleep apnea is definitely not as lucrative as practicing general dentistry—and I think I have one of the larger volume practices in the country. In reality, I’ve never worked harder at any point in my career than I do right now.”

Probably the biggest unexpected surprise for Ehtessabian is how he’s had to change his mindset.

Ehtessabian notes that he is constantly evaluating the practice and making changes, and he warns to look out for vendors who have it “all figured out.” He says, “It’s extremely important to fully vet a company before you begin a relationship with them to ensure they are following the guidelines set out for your individual state.”

If Ehtessabian had one piece of advice for dentists who want to focus on the treatment of sleep apnea, it would be: “Stay clear of any gray area. Follow the treatment recommendations of your local sleep physician. Don’t fall for a ‘doc-in-a-box’ type of scheme where you pay a physician who doesn’t examine the patient for a prescription for oral appliance therapy. Hold yourself to the highest ethical and treatment standards.”

L.A.-based freelancer C.A. Wolski, who’s been contributing to Sleep Review since 2001, reflected quite a bit about how far sleep medicine has come since the turn of the century while researching this article, noting that “back in the day, sleep medicine was something was done in a ‘lab’ somewhere. Now it’s a top-of-mind option for a new generation of clinicians.”